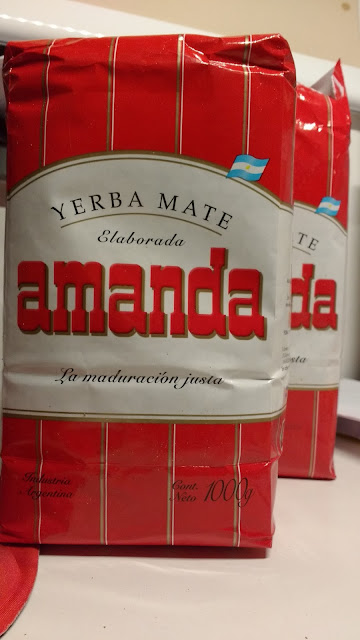 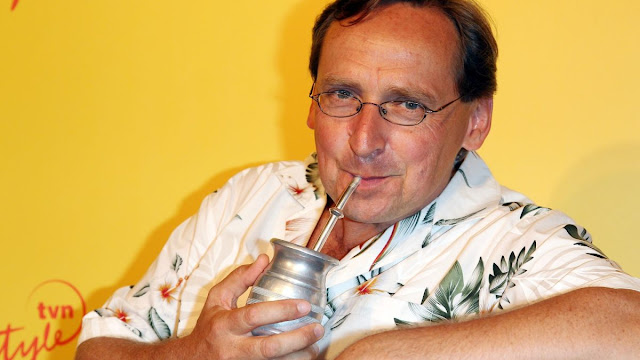 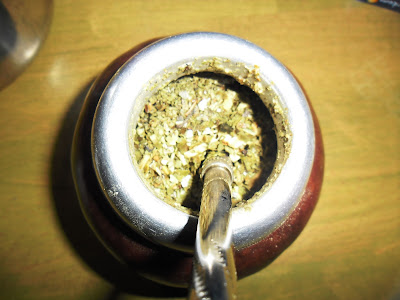 Posted by Corina Moscovich at 29.4.16 No comments:
Labels: Español

Adolph Bridge in Luxembourg. Past, present and future. Corina Moscovich 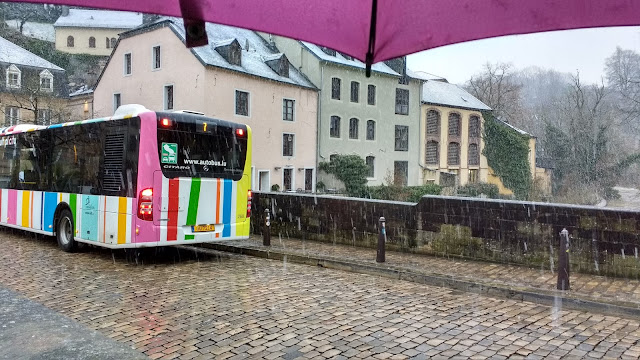 Adolph Bridge in Luxembourg. Past, present and future (adapted from an academic paper of my own). Through a sociolinguistic and multimodal approach, how does the Adolphe bridge ─as an item of linguistic landscaping in a public space─ reflect the identity of the Luxembourgish people? How does time influence such a landmark in a multilingual and multicultural growing society?
I used bibliography on sociolinguistics and on linguistic landscaping and I consulted the information website healtheadolphebridge.lu, so as to gather information about its history and urban development. I took approximately 10 pictures with my Smartphone camera.
I went to the location in order to understand the urban rhythm around the bridge. I have also visited the “Exposition Pont Adolphe” on different occasions in order to gather information about the progress of the works and to talk to a reliable informant. 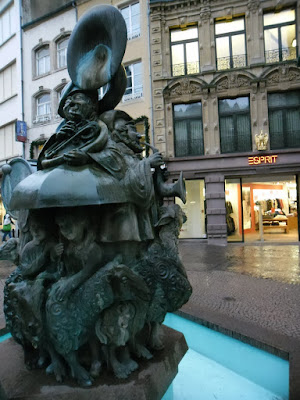 Context Luxembourg, a country with a size of 2,586km and a population of 562,958 residents plus 258,679 foreigners living in the country (principally passport holders or other EU member states) , has three officially recognized languages: Luxembourgish, German and French. It is one of the six founding EU member states and Luxembourg city is one of the three EU represented in Luxembourg and the Luxembourgish workforce is composed by 44% frontaliers “border crossing commuters”. (Source: Statec)
Top down/bottom up As it is vital to explore the context of production of a linguistic landscaping item we contemplate the emplacement of Adolphe Bridge. The first analytical distinction proposed by Ben Rafael et al is between top-down (institutional) and bottom-up (individual) elements, which both contribute to a “Symbolic construction of the public space”. We consider this classification, although we know that here it is not possible to make a clear distinction since Adolphe Bridge is not a “completely” official sign. However, the bridge was designed by Paul Séjourné, a Frenchman engineer, and Albert Rodange, a Luxembourger. 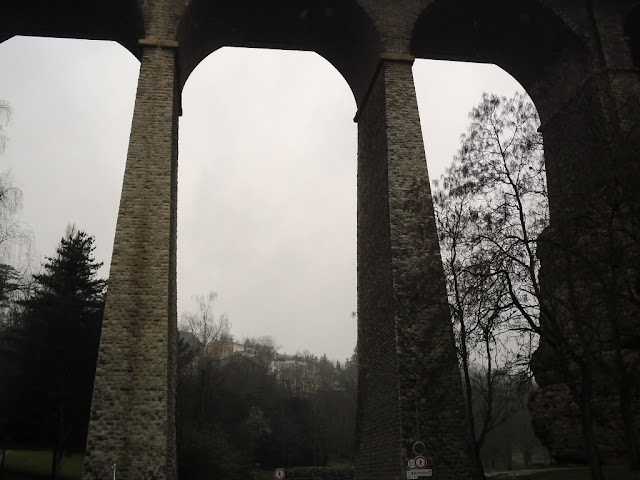 Art and architecture A local marker such as the Adolphe Bridge allows us to make connections with the country´s commitment to public art and architecture. Where in the past, sculptures in urban spaces were more related to busts of specific people implying power and status; nowadays the concept of art is different. Besides, children´s art is constantly exhibited in places like Grund´s tunnel and/or in downtown. Art is everywhere: The Melusina sculpture, by Luxembourgish artist Serge Ecker, on the edge of the Alzette River; the giant sculptures in Kirschberg; the impressive Art Museums; the Artist Residencies offered to creative people from all over Europe; the Luxembourg Art Week, etc. 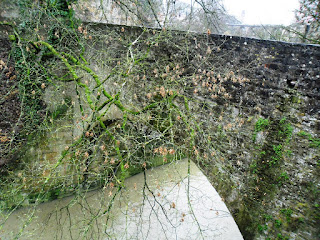 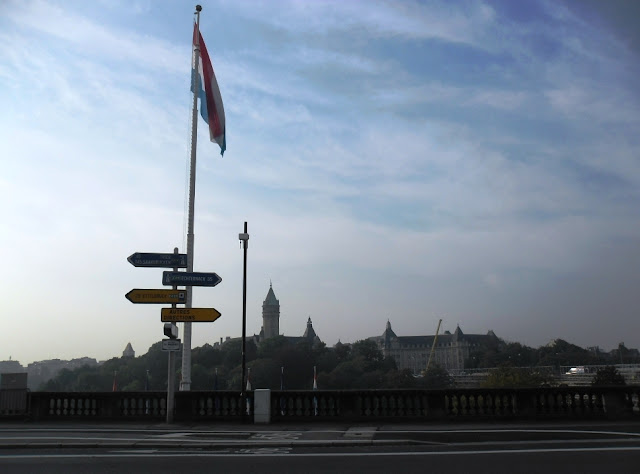 Guérir le Pont Adolphe
Visual symbol According to the healthebridge.lu website, several projects were considered but the selected one “was a project that was both educational and playful on which the reference” (…) invites the public at large, residents and foreigners alike, to ask themselves why the bridge is "sick", what its symptoms are, what the "treatment" is and what the "healing phases" are in order for it to become again a sound edifice”.
The tarpaulin, which is stretched across the scaffolding surrounding the Adolphe Bridge has two main objectives: first, it aims at protecting the area from falling debris, dust, water used for cleaning and the noise; second, it signals a particular use of the Luxembourgish language policy and its actors. 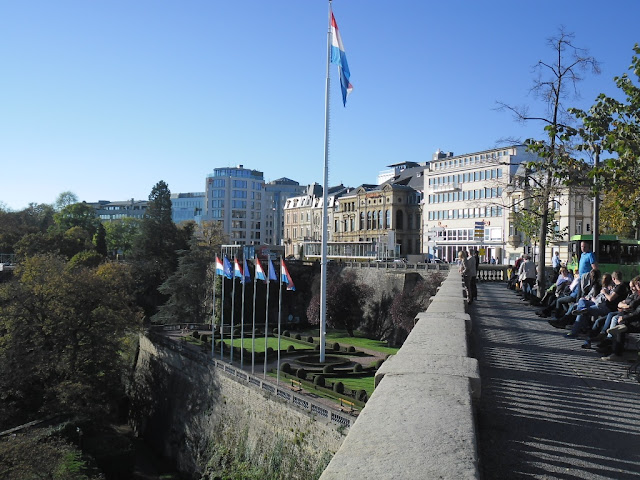 Colours In the tarpaulin we can observe the use of white, red and a little bit of brown. Red is generally associated to life (blood), to fire, to love and impulses. It is mainly used for warnings or to call people´s attention. Instead, white is associated to light, purity, clarity, heaven, etc. However, besides the particular interpretations of each colours, we consider important the complete palette tourists and citizens can get. Those colours highlight the message that needs to be read, no matter if its winter, summer, springtime or autumn. A variety of green, brown and yellow is always surrounding that sentence: Guérir le pont Adolphe. 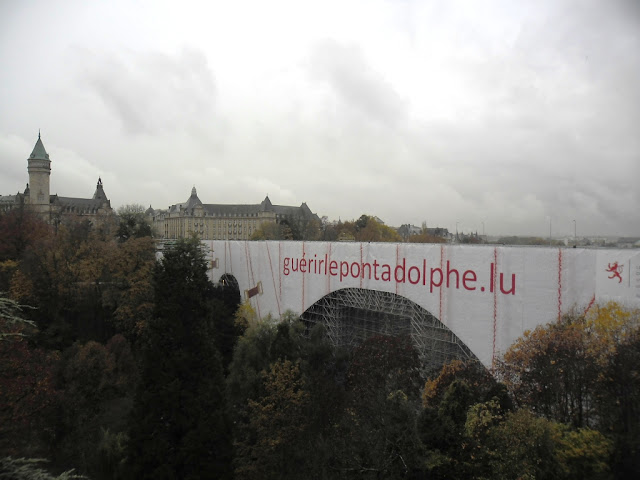 Questions The idea of this impressive and huge tarpaulin resembling the shape of a Band Aid seems to be quite modern ofr the Luxembourgish conservatory side of society. Would this group have preferred a yellow and black “Under repair” sign instead?
The message “Heal the bridge” is written in English on one side and “Guérir le Pont Adolphe” in French on the other. Why not in German or Luxembourgish? 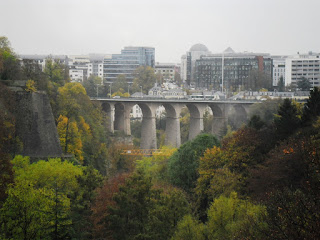 Changes Luxembourg’s society through gradual changes and a special sociolinguistic situation keep transforming itself. Certain aspects of reflection around the rehabilitation of Adolphe Bridge can be related to the fluctuating reality of Luxembourg nowadays.
When I visited for the second time “Exposition Pont Adolphe”, a man working there told me that in fact, the visual symbol was an idea of the Minister of Infrastructure and that it was accepted in the spirit of innovation. He himself was surprised and he connected this original marketing campaign of
Guérir le pont Adolphe to the fact that Xavier Bertel, the Prime Minister was recently married to a man- something that for Luxemburgish society was a bit of a shock. 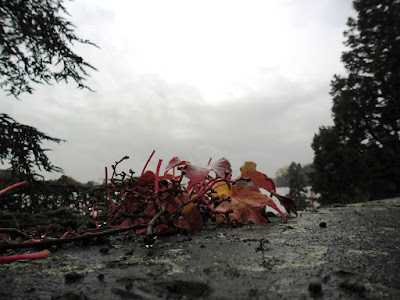 Past, present and future The Adolphe Bridge, named after Grand Duke Adolphe, who reigned Luxembourg from 1890 until 1905; has become an unofficial national symbol of sorts, representing Luxembourg's independence, and constituting one of Luxembourg City's main attractions. Although now (December 2015) it is being replaced by a temporary bridge, the bridge (Adolphe-Bréck or Pont Adolphe or Adolphe-Brücke) is an arch bridge in Luxembourg city, in southern Luxembourg. Also called The new bridge by locals, it was erected between 1900 and 1903.
Mainly made out of stones, bricks and concrete; the bridge has been refurbished on different occasions over the years. In the 1930´s, Pont Adolphe was refitted to accommodate an electric tram that then circulated through the capital, while in 1936 the railings on the side were replaced. The first major refurbishment took place in 1961, when the concrete surface was repaved and the bridge was widened by 60 cm on each side.
In 1976, the masonry arch bridge was resurfaced, while the works that began at the end of 2012 will see it completely overhauled and once again refitted for the tram. 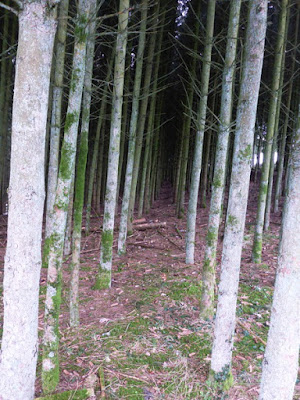 Luxembourg is a small but strong country and this is well understood among its neighbouring European countries. A bridge made out of stones… Precisely, stones and bricks are materials that we can associate Luxembourg´s identity with. At the same time, the contemporary use of different kind of pebbles in architecture and its current aesthetics give the driver or pedestrian a feeling of resistance and durability. Metaphors related to bridges are simple, clear and abundant. A bridge always unites two main points/ positions across an obstacle (in this case, across the Pétrusse Valley). It may also mean connection and/or transition (in this case, Boulevard Royal, in Ville Haute, to Avenue de la Liberté, in Gare or vice versa). We tend to think that first-time visitors are probably unaware of what is underneath the giant Band Aid but that the strategic location of it makes people curious about it, fostering the idea of returning to Luxembourg to see the changes. 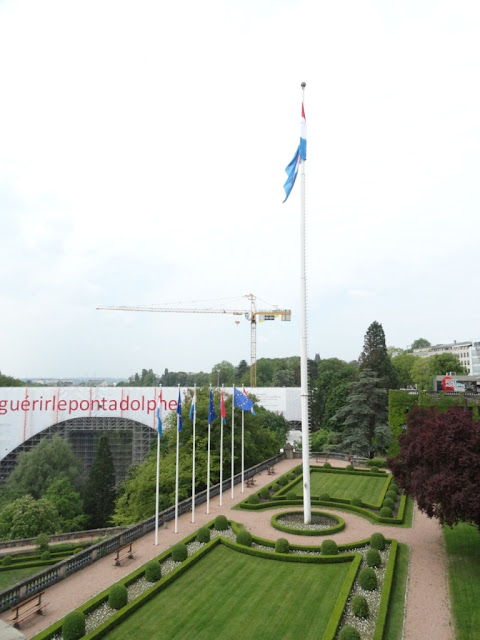 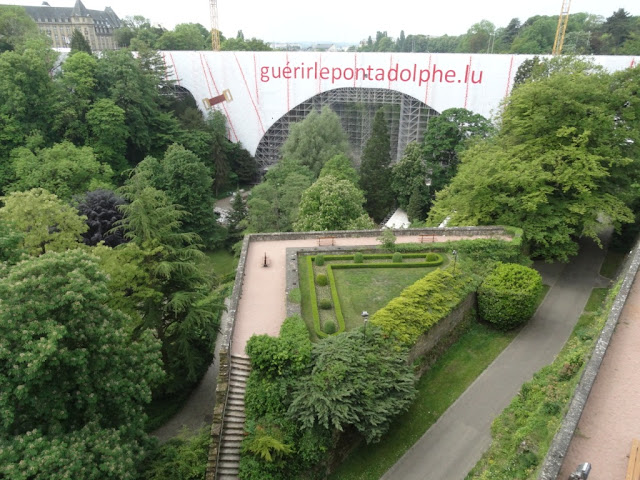 The works of rehabilitation for the Adolph Bridge combine a building which is opposite the street: Incaos (former “Casino Bourgeois”) and a tramway. Everything is supposed to be inaugurated by 2017.
Pictures of the work in progress are taken every week and then exposed for citizens to follow the evolution of the repairing. Although modern and old buildings are part of the eclectic style of Luxembourg architecture, in this area in particular is very common to see an ancient building like Incaos quite close to a very modern building of a Chinese bank. 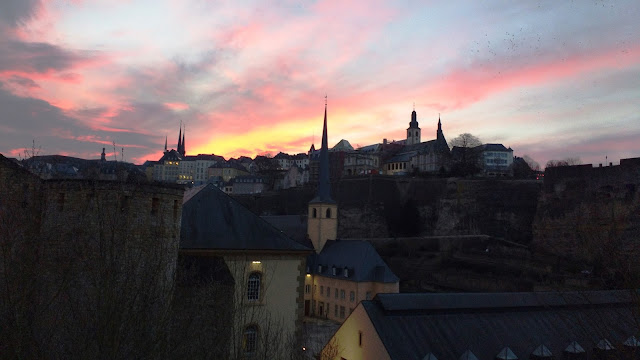 To think about the relationship between language and society in a country like Luxembourg is a never-ending process. There are different ways in which the development of identity maybe revealed: through language, texts, and symbols; but also through art and architecture. 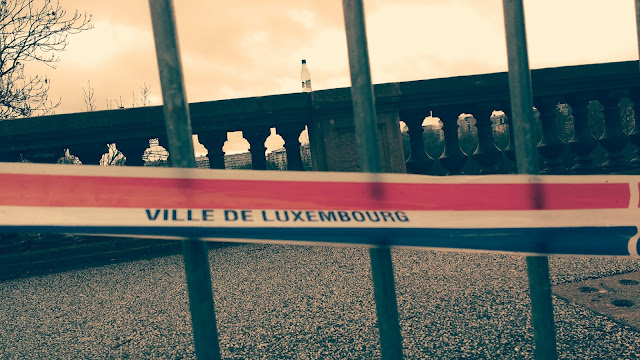 The visual symbol in the Adolphe Bridge marks a key place in the Luxembourg of all times. Luxembourg respects and keeps its past alive in a vibrant present thinking about an even more promising future.
In a world where digital communication is constantly advancing in giant steps, linguistic landscaping constitutes a challenge for the citizen/tourist/pedestrian; as it requires a bit of “skimming” the urban space in order to gain extra knowledge.