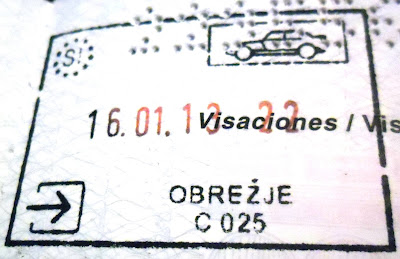 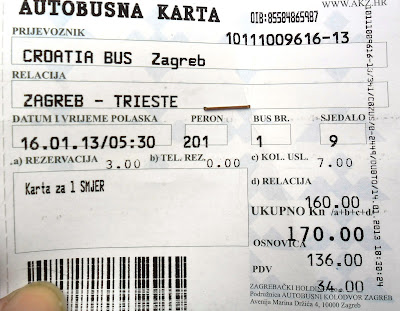 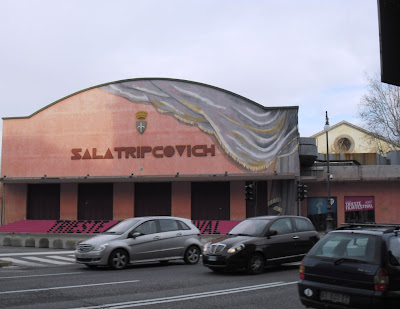 Trieste is set between the sea and the hills and stands out on the horizon white and bright against the blue of the sea and sky. It looks like a sort of last Meditarrean  mirage to everyone who comes to this northern stretch of Adriatic coast. Many streets overlooked by imposing palaces of great architectural value, which recall the extraordinary development enjoyed by the city during the 10th century. 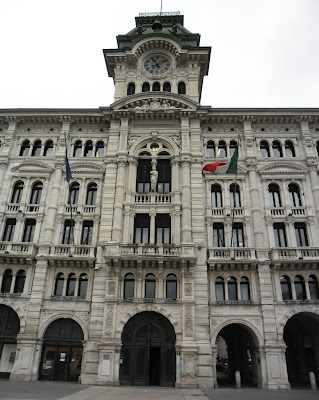 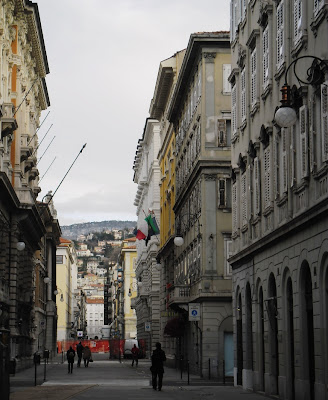 Trieste, a city of cult and religion: 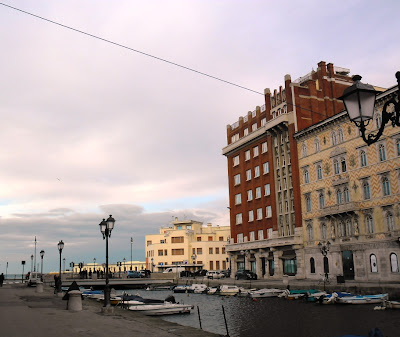 Castello di Miramare: National Museum, residence of Archduke Maximilian of Hasburg and of his wife Charlotte. The white fairy-tale castle standing sheer above the sea.
San Giusto Castle: Saint Justus Castle, the symbol of Trieste. Built between 1471 and 1630 on the homonymous hill, the Castle was the heart of the old city.
Piazza Unita d´Italia: Europe´s largest square overlooking the sea, it can be considered one of the largest and most beautiful squares in the world. It was renovated in 1999 by architect B. Huet. 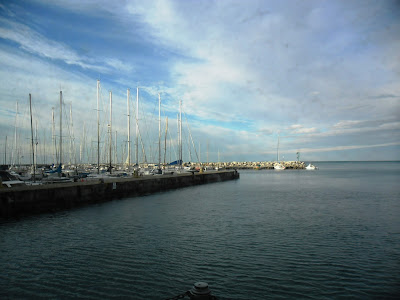 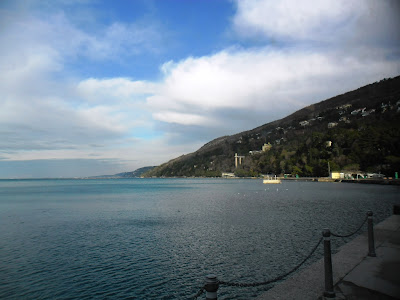 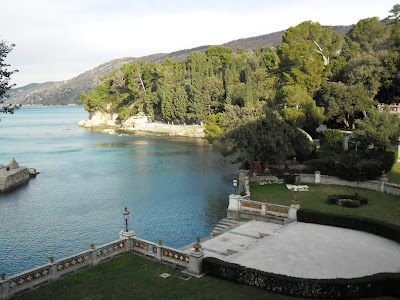 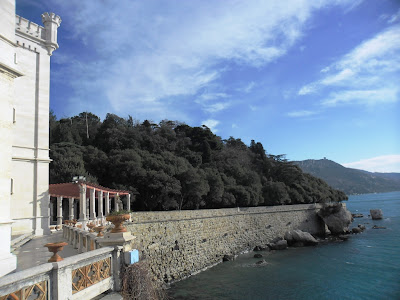 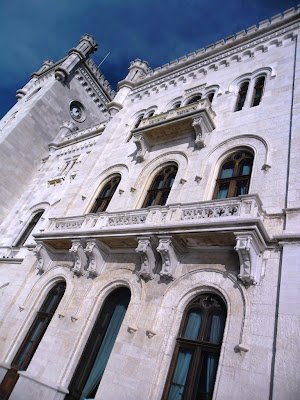 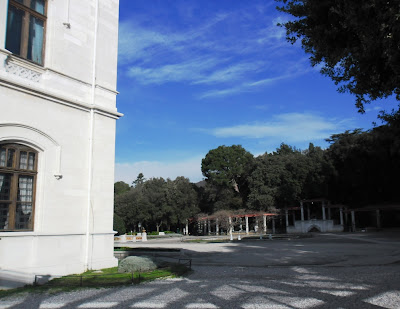 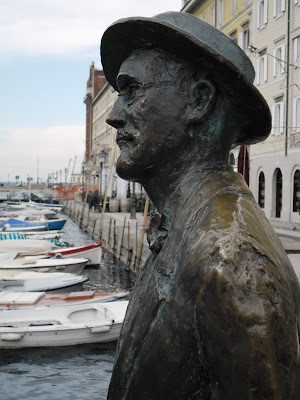 Trieste literary tours The lives of many famous men who were born in Trieste or spent part of their lives in Trieste have found their ideal setting on the Rive (city shores) and in the harsh Karst inland. Following their steps can be intriguing and interesting.
Italo Svevo (Ettore Schmitz) was born in Trieste in 1861. He was a friend of Joyce. He is one of the main contemporary Italian writers. The places of his life and those mentioned in his novels (Una vita; Senilitá; Cosienza de Zeno) still evoke an irresistible charm.
Zeno Consciousness; As a man grows older; A life es, de acuerdo a Riccardo Cepach, quien está a cargo del Museo de Joyce y de Svevo, el orden de mejor libro. Va justamente al revés de cuando fueron escritos: el último es el mejor.
Reiner Maria Rilke The poet from Prague (but Austrian origin) stayed at the Duino Castle in 1911 and 1912 as a guest of the Princess of Thurn and Taxis : here, he drew inspiration for the lines of his “Elegie Duinensi”. A panoramic path is named after him.
James Joyce, born in Dublin in 1882 and died in Zurich in 1941, is one of the main European writers of the 20th century. He spent two periods in Trieste from 1904 to 1915 and from 1919 to 1920. Here, he finished the writing of “Dubliners” and “A portrait of the Artist as a Young man”. In Trieste, he also wrote the prose poem “Giacomo Joyce” and the drama “Exiles”. Even his most famous work, “Ulyses”, was planned in Trieste, where he also wrote some of its most signicant chapters. The Irish writer moeved to various homes during his stay in Trieste: all his homes are traceable and the places he frequented are several and reconstructable. Umberto Saba Trieste can also be enjoyed through the eyes of another poet: Umberto Saba. The son of U. A. Poli and of R. Cohen, his pen name was inspired by his beloved  wet nurse. “Coi miei occhi” (With my eyes) is his first collection of poems (1912): the poet looks at himself through the city of Trieste, which is a constant and essential presence in all his works. In via San Nicolo there is still the homonymous bookshop which he managed since 1919 (LIBRERIA ANTIQUARIA UMB ERTO SABA).
Richard Francis Burton (1821-1890), a famous British consul, explorer, translator, orientalist, ended his adventurous life in Trieste; here, he wrote a book on the Roman Thermae of Monfalcone and his most renowned book: the translation of “The Arabian ninghts” published in sixteen volumes from 1885 to 1888 with the title of “One thousand and one nights”. 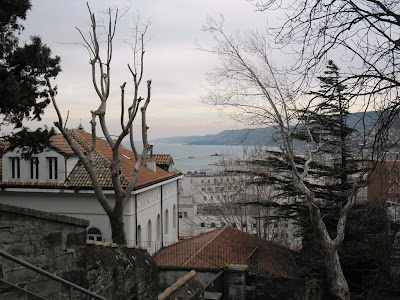 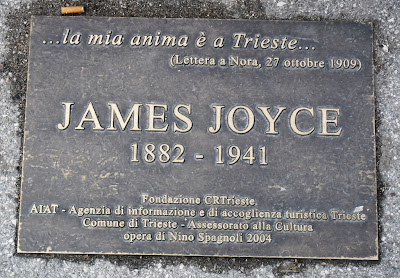 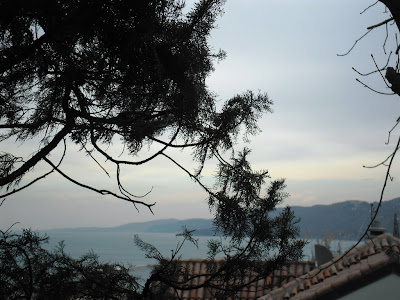 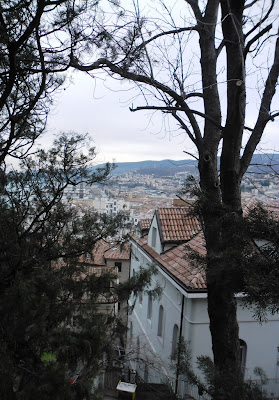 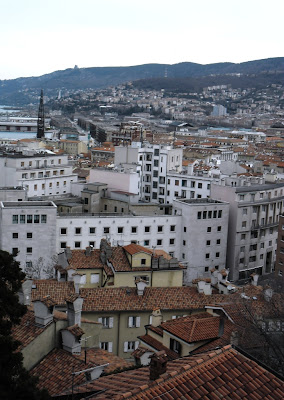 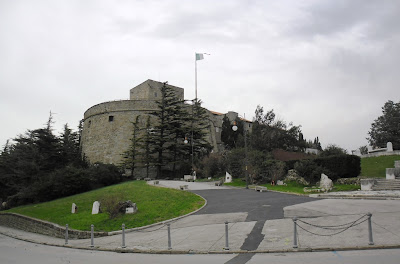 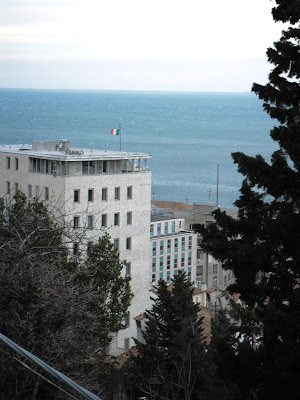 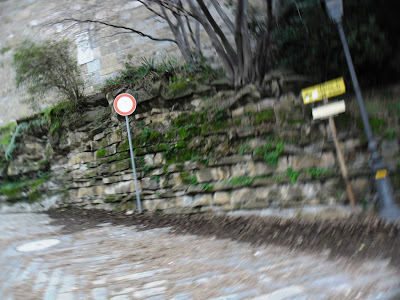 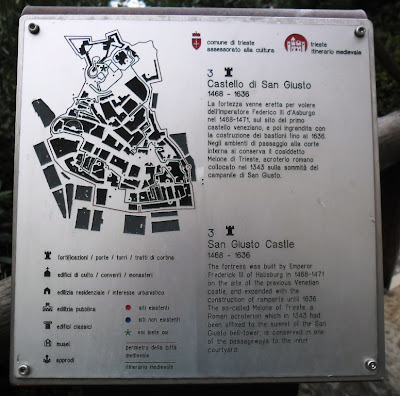 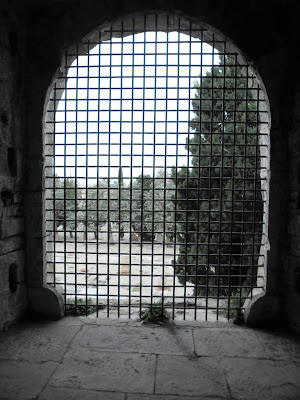 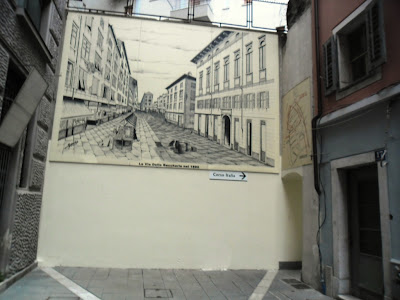 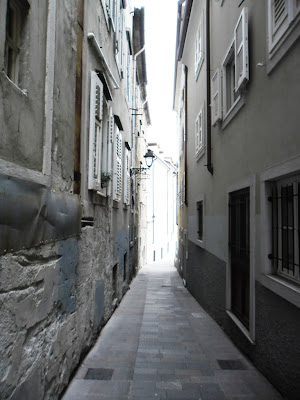 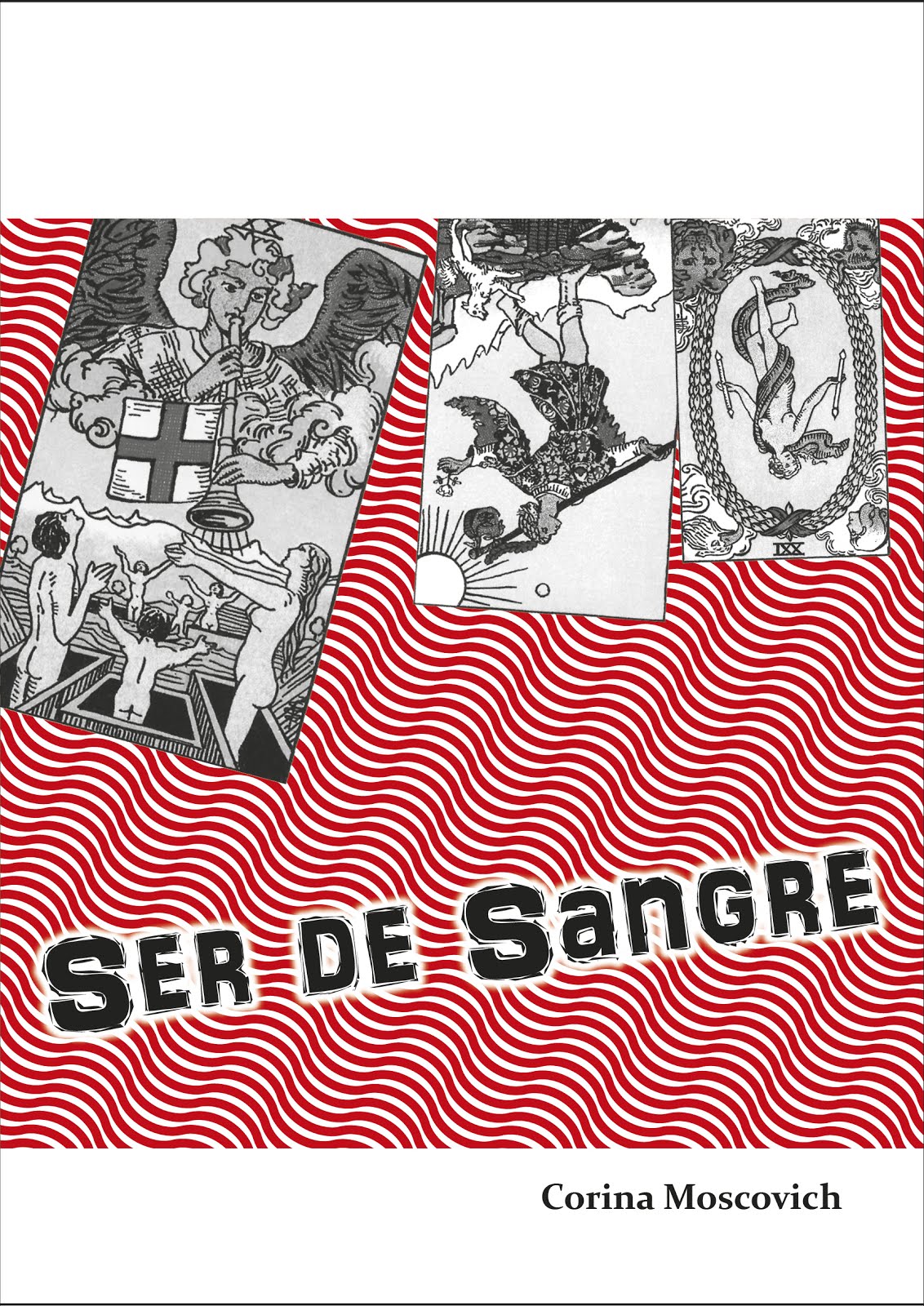 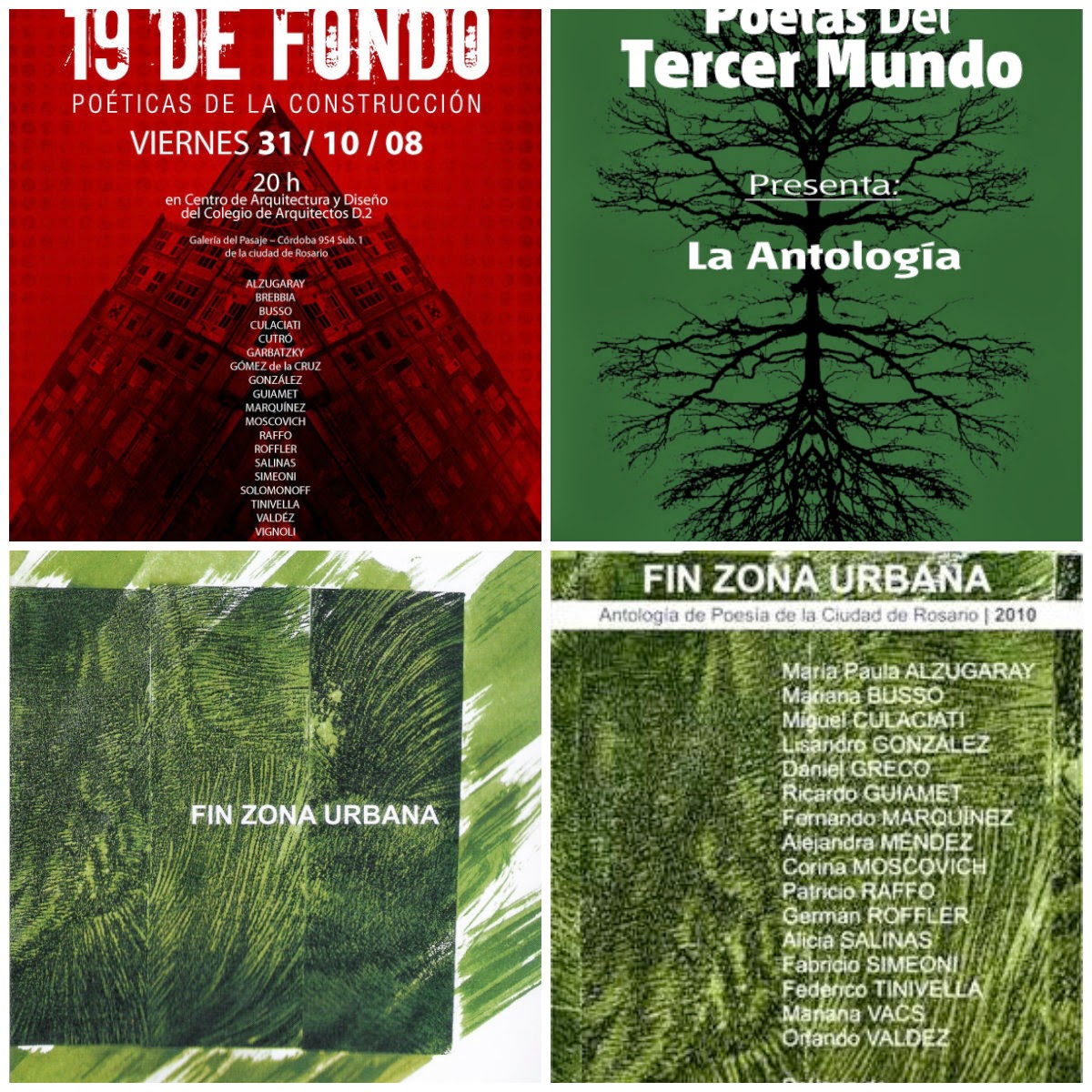