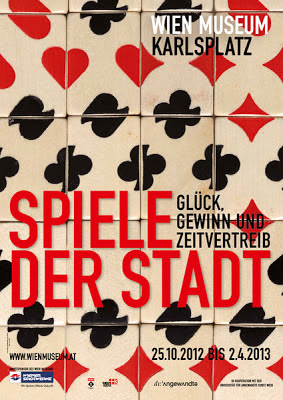 An urban society without games is unthinkable.
City spaces are and always have been places for games – for children and adults alike. It is all about luck, money and leisure time. With Vienna as an example the exhibition shows the wide range of spaces for urban games, from streets and parks to cafés, pub backrooms or private salons.

What games were being played by whom and where?

What was the significance of illegal games?

How did games change according to the social milieu they were played in? 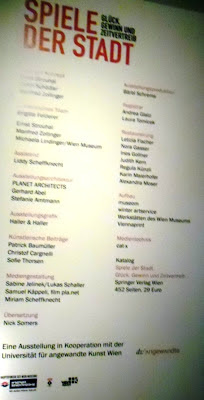 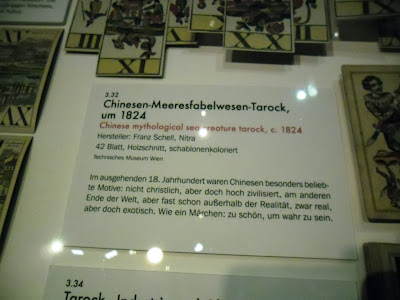 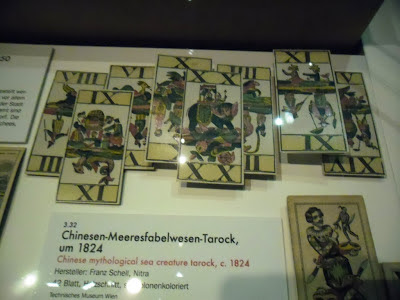 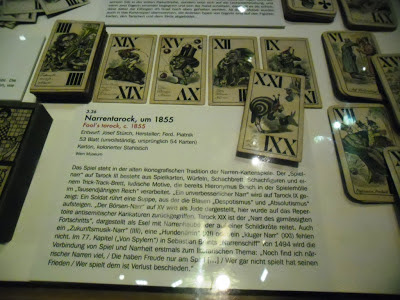 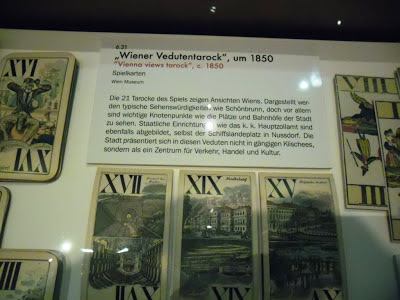 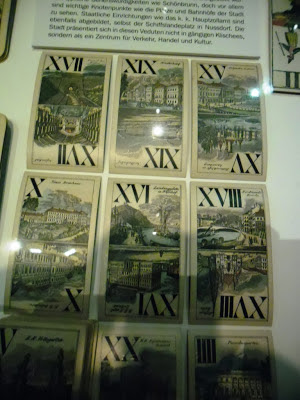 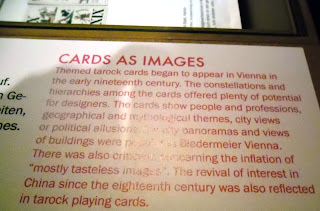 CARDS AS IMAGES : Themed tarock cards began to appear in Vienna in the early 19th century. The constellations and hierarchies among the cards offered plenty of potential for designers. The cards show people and professions, geographical and mythological themes, city views or political allusions.  The city panoramas and views of buildings were popular in Biedermeier Vienna. There was also criticism concerning the inflation of “mostly tasteless images”. The revival of interest in China since the 18th century was also reflected in Tarock playing cards. 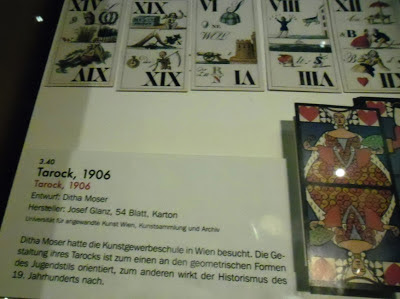 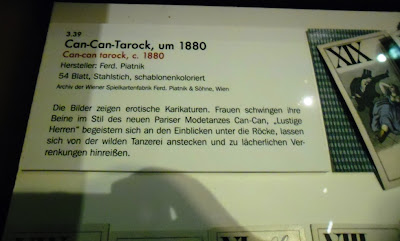 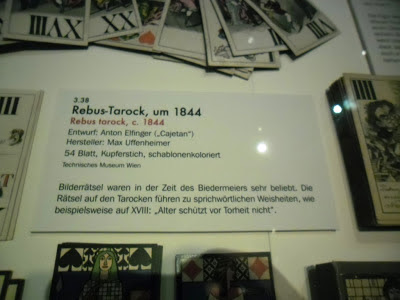 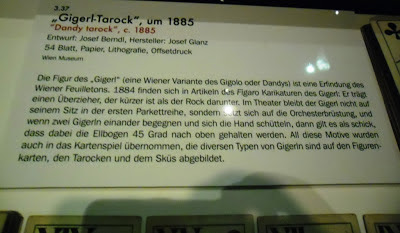 L´HOMBRE, WHIST AND SCHNAPSEN
Cards games are nomads travelling between countries and cultures and changing their rules on the way. They range from simple laying games and pure games of chance to sophisticated strategic games. There are trick games like Tarock, Schnapsen, combination games like rummy or Happy families, betting games (pocker, blackjack), and swapping games like Old Maid.
Fashions and the choice of card games also reflect social and cultural differences. L´hombre, English whist and tarock were regarded as aristocratic or bourgeois games. Others like Schnapsen were preferred by the common people. Card playing became popular in Vienna´s coffee houses as a way of passing the time – and winning money. 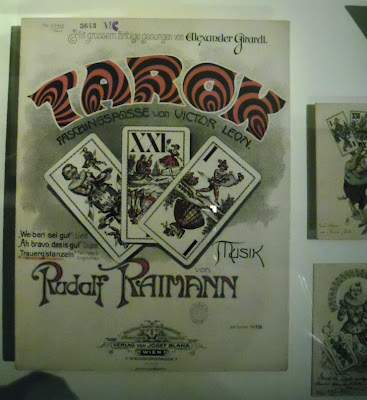 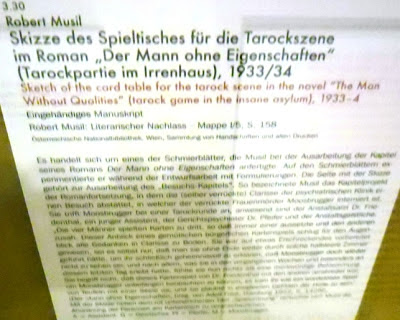 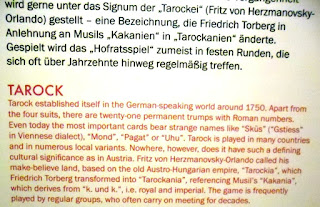 TAROCK: Tarock established itself in the German-speaking world around 1750. Apart from the four suits, there are twenty- one permanent trumps with Roman numbers. Even today the most important cards bear names like “Sküs” (“Gstiess” in Viennese dialect), “Mond”, “Pagat” or “Uhu”. Tarock is played in many countries and in numerous local variants. Nowhere, however, does it have such a defining cultural significance in Austria. Fritz von Herzmanosvky-Orlando called his make-believe land, based on the old Austro-Hungarian empire, “Tarockia”, which Friedrich Torberg transformed into “Tarockania”, referencing Musil´s “Kakania”, which derives from “k. und k.”, i.e. royal and imperial. The game is frequently played by regular groups, who often carry on meetings for decades.

For more about my trip to Viena visit http://corinamoscovich.blogspot.com.ar/2013/01/e-8-viena-austria.html