Trier is a city in Germany, located on the banks of the Moselle river. 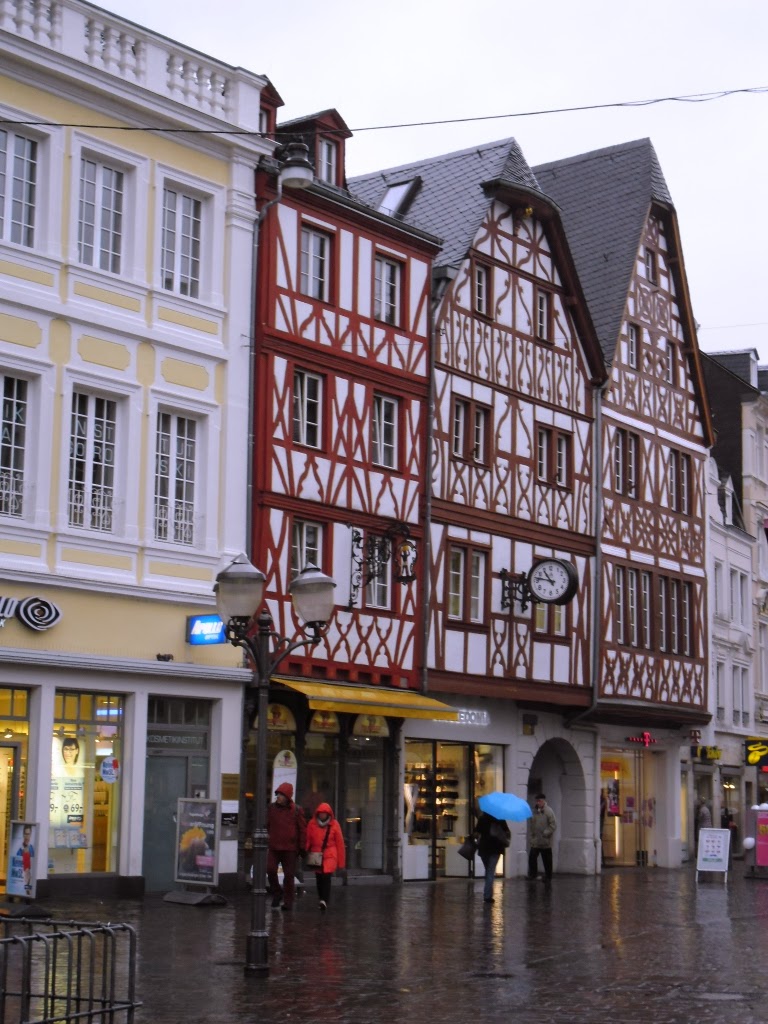 Trier is pronounced differently according to German, French, Luxembourgish, Italian or Latin. People say it is the oldest city in Germany, founded before 16 before Christ. 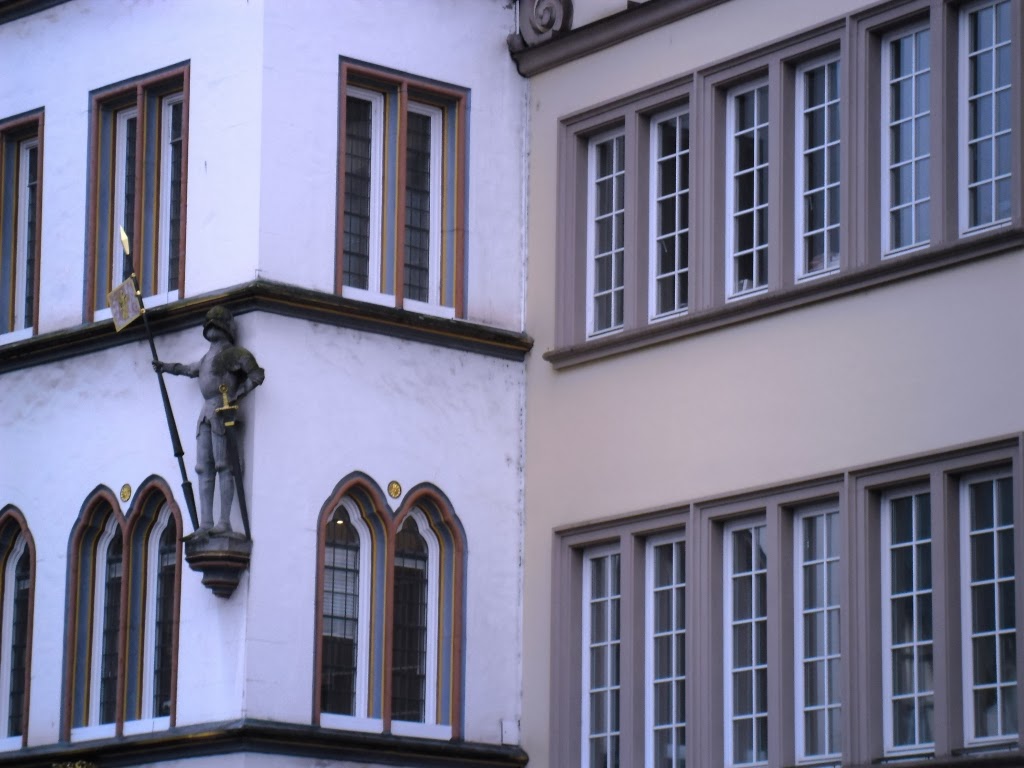 Wiki explains: “Trier lies in a valley between low vine-covered hills of ruddy sandstone in the west of the state of Rhineland-Palatinate, near the border with Luxembourg and within the important Mosel wine region.” 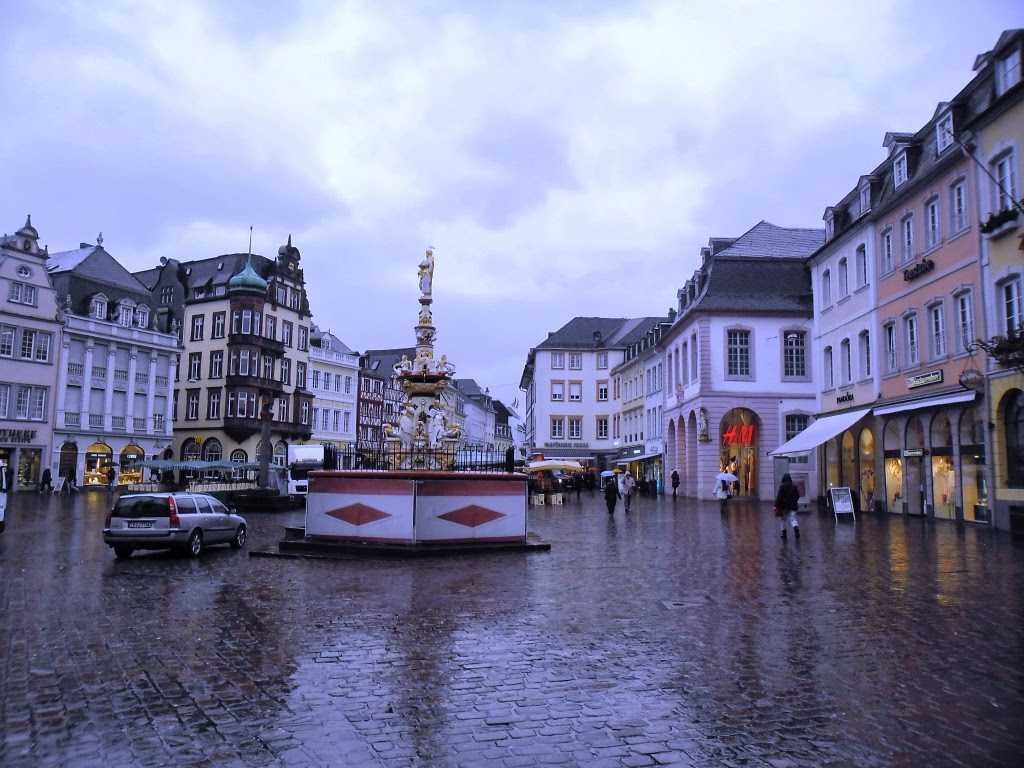 Trier has a population of more than 100.000 people. Luxembourg is only 50 km away, which makes it a great choice for Luxembourgish people when they want to buy cheaper.
(you can read about Lux here: http://corinamoscovich.blogspot.com.ar/2012/12/e4-lux.html) 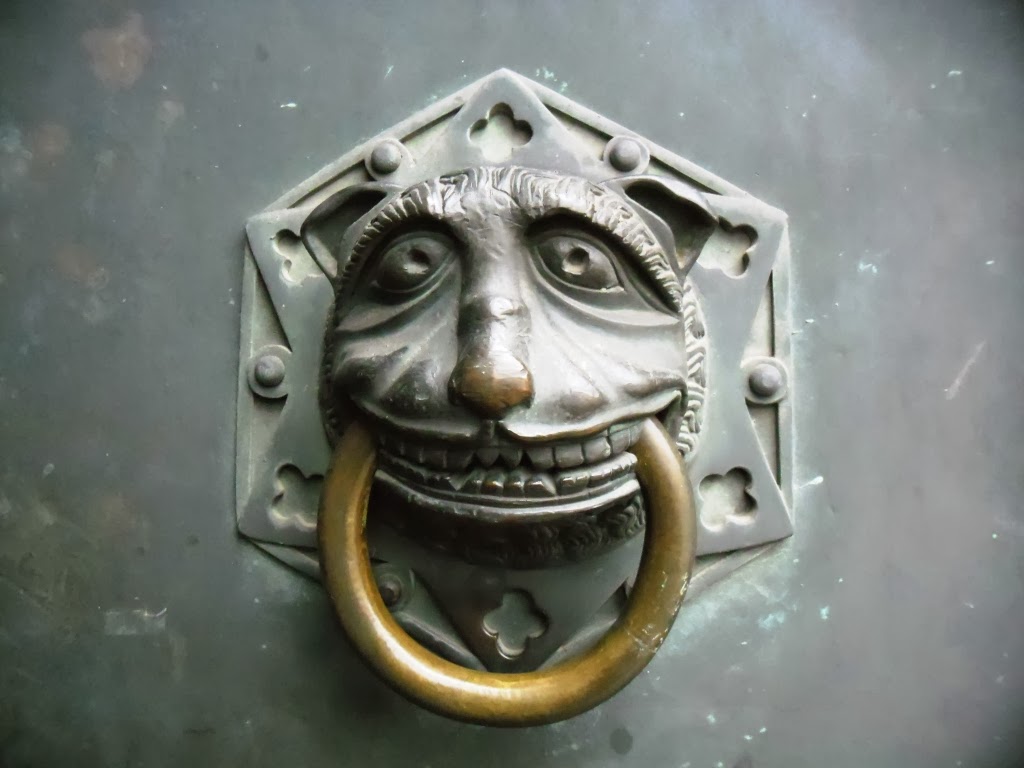 The Basilica of Constantine was built by the Emperor Constantine at the beginning of the 4th century. 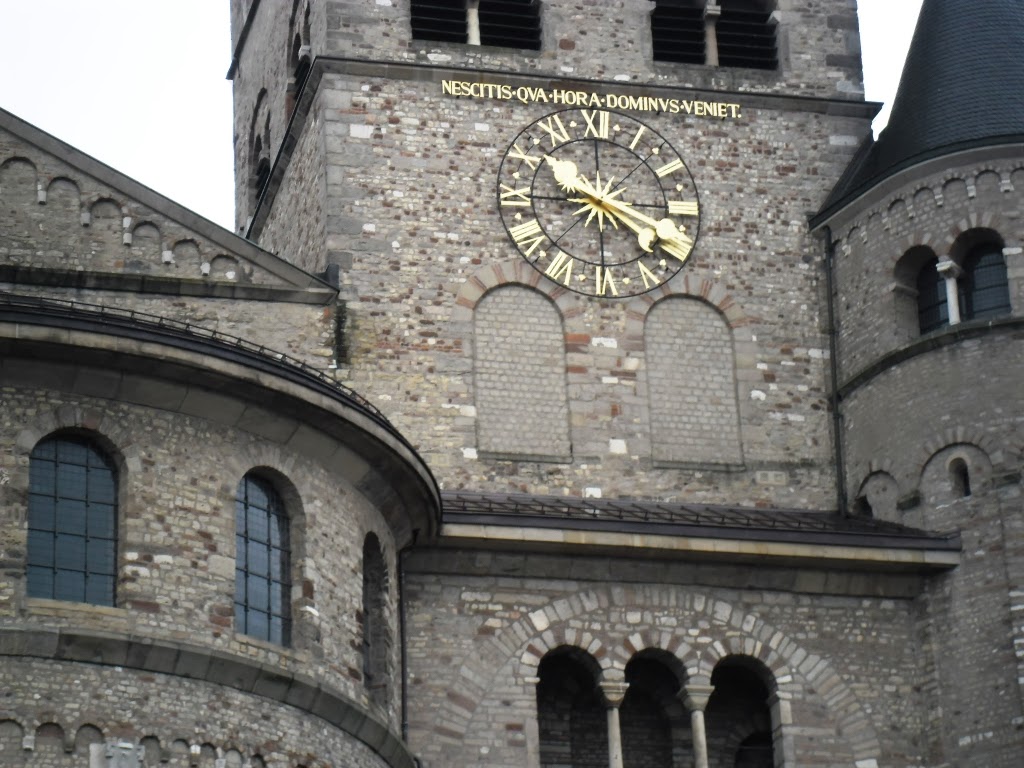 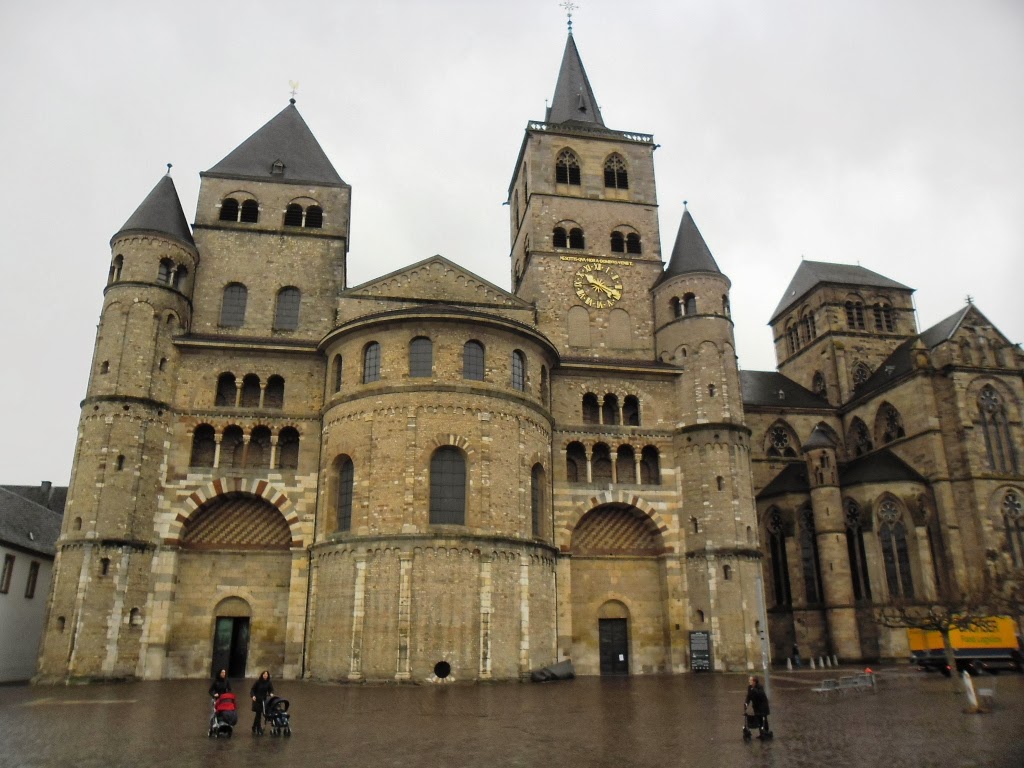 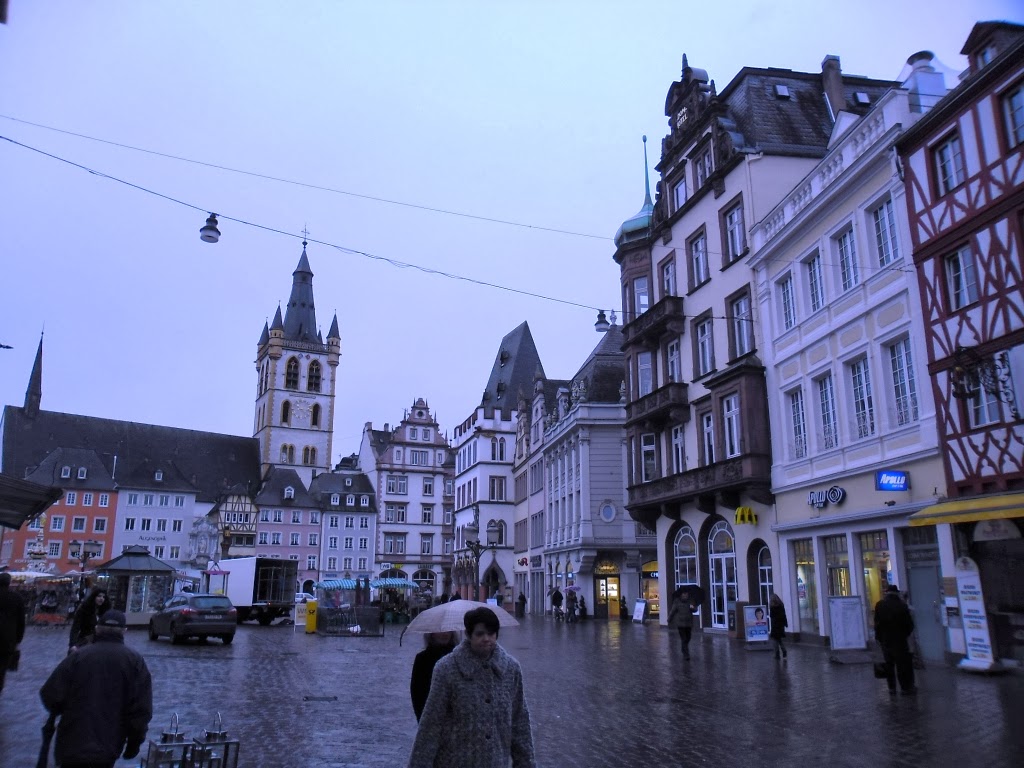 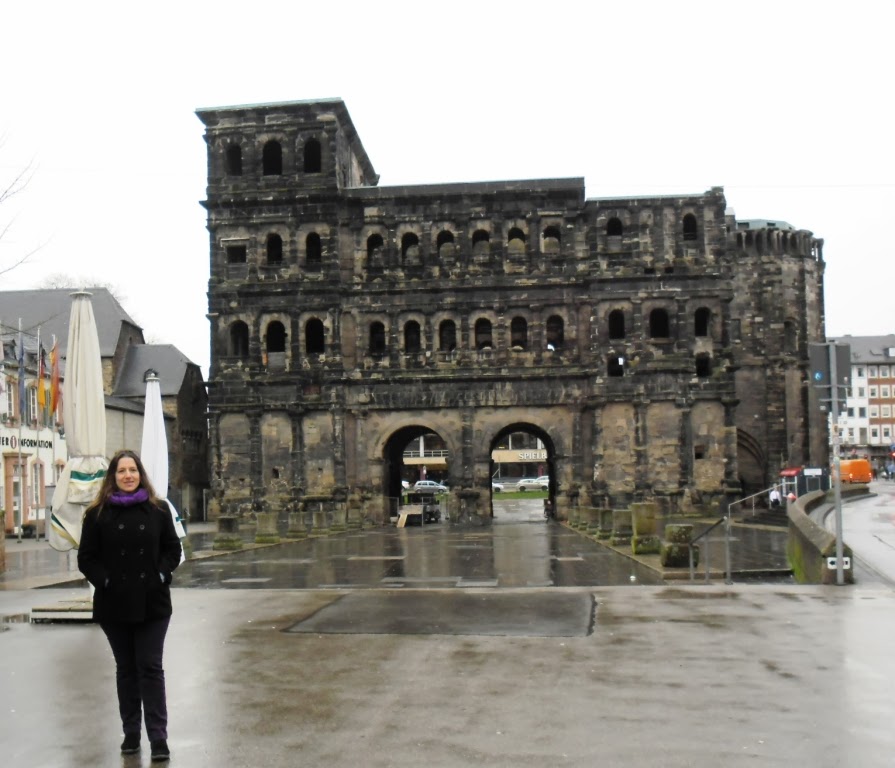 The modern appearance of the Porta Nigra goes back almost unchanged to the reconstruction ordered by Napoleon. At the south side of the Porta Nigra, remains of Roman columns line the last 100 m of the street leading to the gate. Positioned where they had stood in Roman times, they give a slight impression of the aspect of the original Roman street that was lined with colonnades. The gate stands right next to one of the main streets of Trier.
Walking through such a picturesque city with a really bad weather it´s not the best, but still, one can appreciate the old buildings and the history behind them.
Jewish Quarter (see plaque) 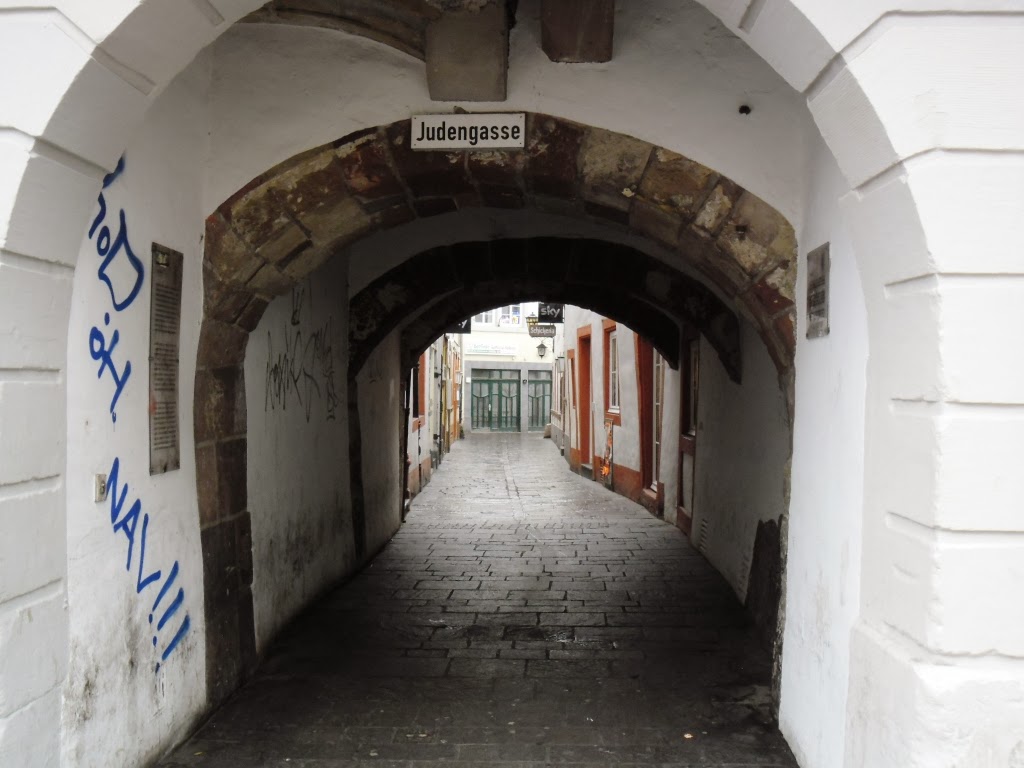 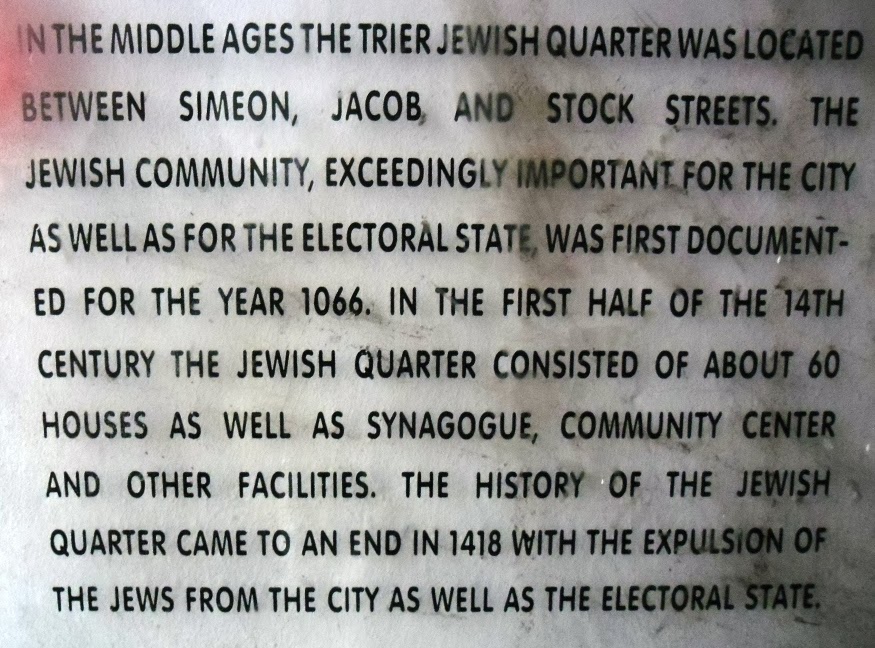 Dreikönigenhaus (the House of the Three Magi) 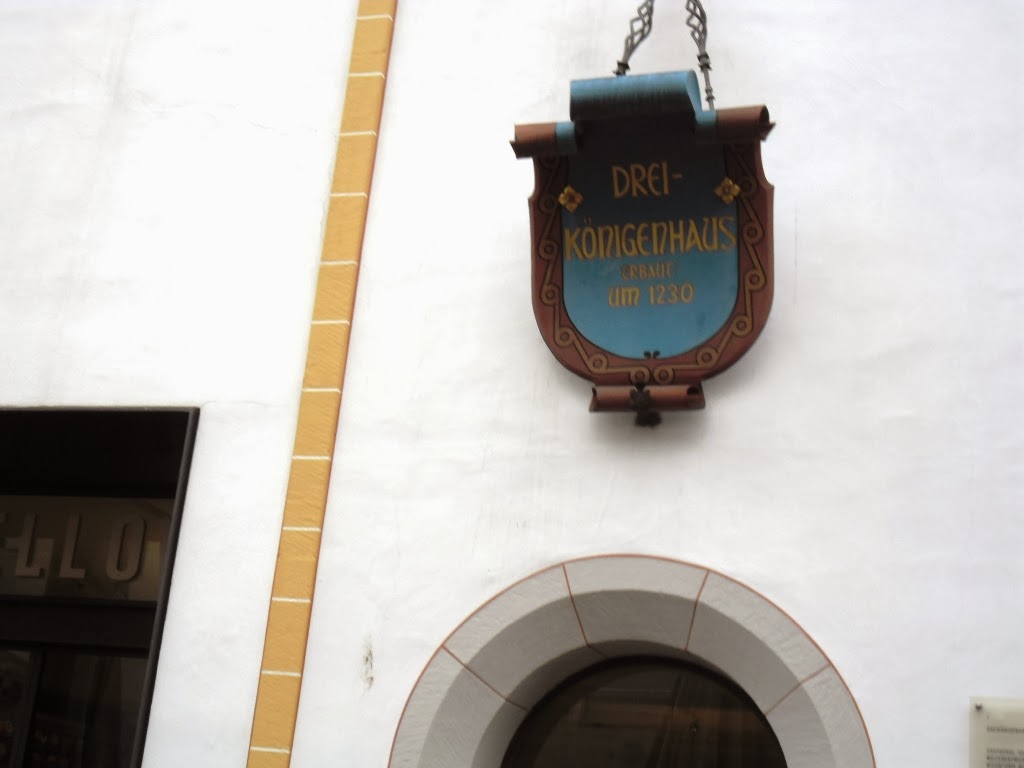 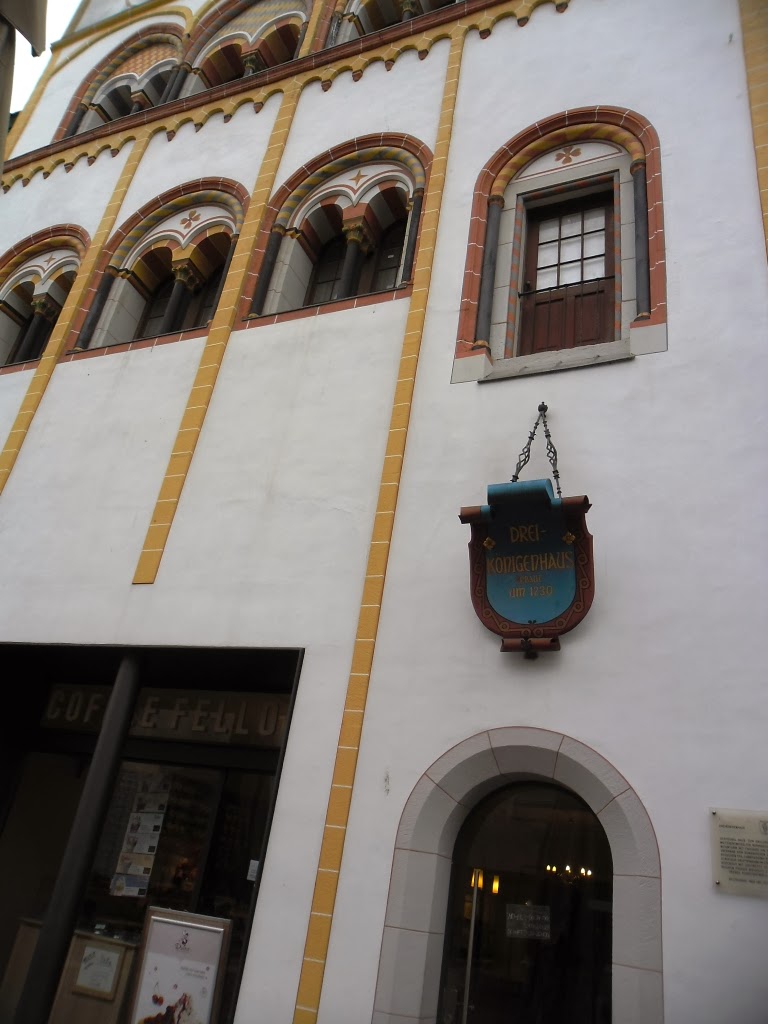 And there is a museum for Karl Marx who was born in Trier, back in 1818.
For more information http://www.trier-info.de/english/index
Posted by Corina Moscovich at 2.3.14 No comments:
Labels: English
Newer Posts Older Posts Home
Subscribe to: Posts (Atom)