Languages are back! Iupi! I feel so much better in this part of Poland. 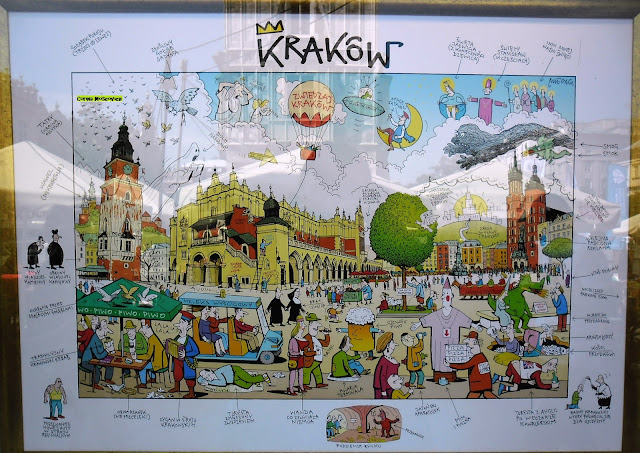 It feels closer to what now is home for me (Lux). 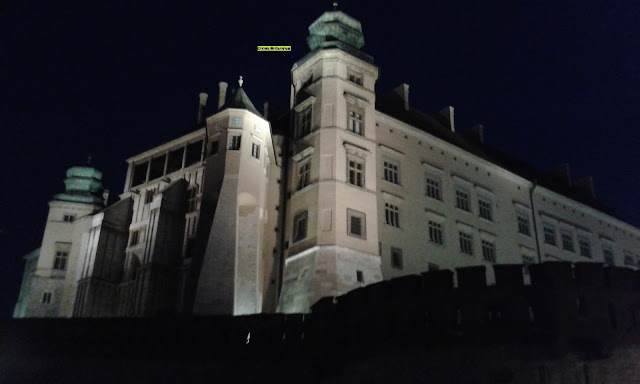 I already liked Krakow as soon as I was entering the city and the more I get to know it the more I like it. 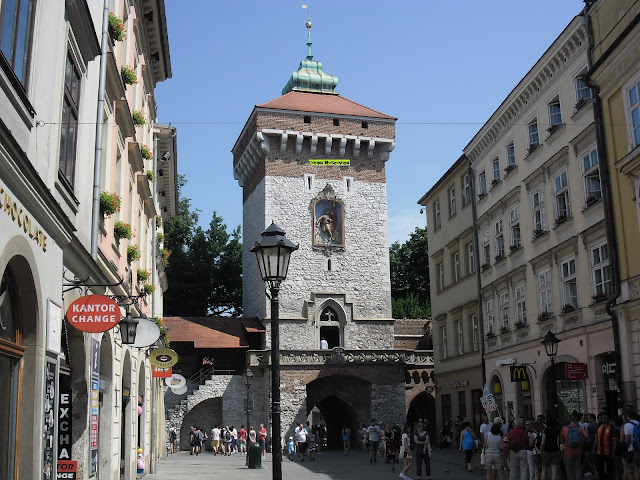 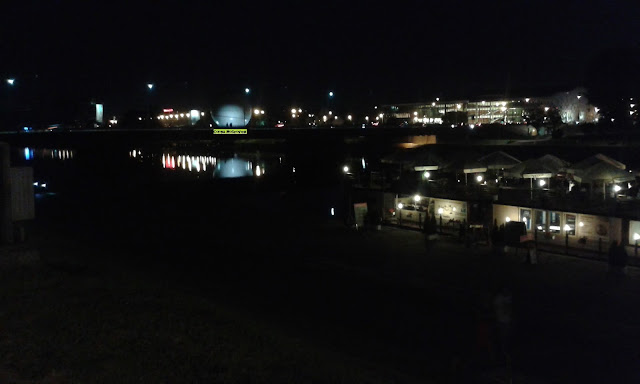 Usually,  a traveler can only spend 3 days visiting a city which would in fact need months to be experienced in depth. KRAKOW may very well be one of those well known Polish cities where even a short visit offers the traveller a feeling of satisfaction. As the vibrant cultural capital of Poland (Lublin wanted to but didn't succeed yet) it has a lot of personality, you feel you are in a "special" city. It is a cosmopolitan city (Iupi again) but its rhythm is quite smooth. 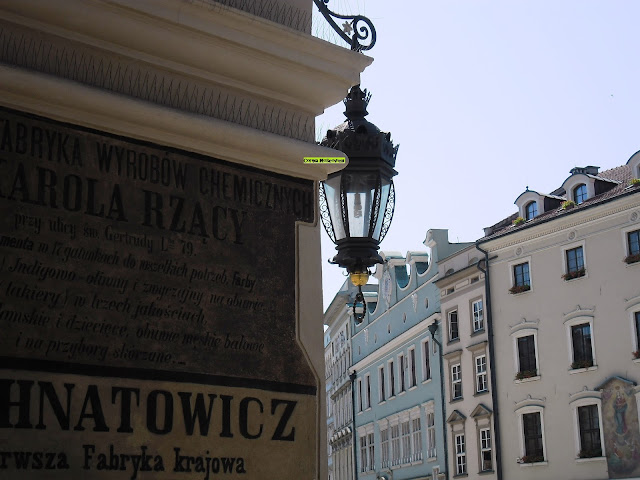 In Poland (every city I went to) they have thrift shops and fairs. They sell second hand clothes and other stuff by the kilo. Some shops are great, others not that much as clothes are a bit dirty sometimes. 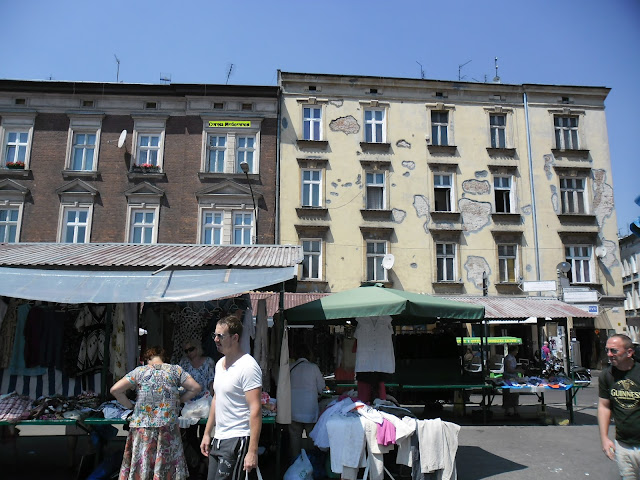 Excerpt from “Lost in Translation” by Eva Hoffman


The rest of Cracow, the city of my daily life, is a place not of mystery but of secrets. Mystery only deepens as you go further into it, but secrets give themselves up unto the light. Cracow to me is a city of shimmering light and shadow, with the shadow only adding more brilliance to the patches of wind and sun. I walk its streets in a state of musing, anticipatory pleasure. Its narrow byways, its echoing courtyards, its jewellike interiors are there for my delectation: they are there for me to get to know. The quiet street that takes me to my music teacher's is nearly always empty and almost strange in its placidity. It's as if no one lived here, as if time stopped serenely and without fuss; but then, a breeze blows, making the sky clear, and the street is enveloped in warmth. In the park where I play with my friends, there are winding paths that let us out onto the wider, more lucid adventures, and a weeping willow by the pond that is just about the most graceful thing I know: it's so melancholy, and melancholy is synonymous with beautiful. My friends and I play near that tree, jumping rope or drawing in the sand. (p. 38-39)
I really enjoyed the green all around. This picture below distantly "echoes" Oroño street. 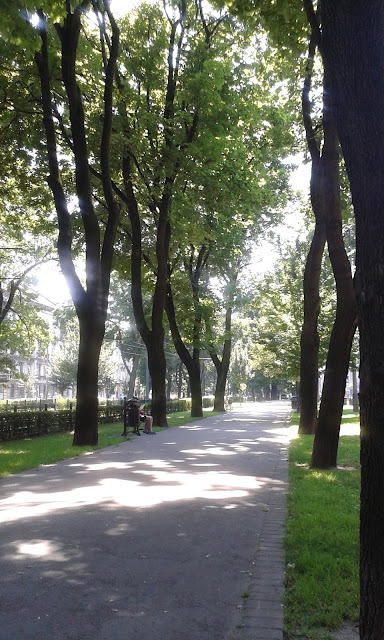 The Old Town is a treasure which contains historic landmarks,  monuments and works of art. The Main Market Square is the largest Medieval Square in Europe (since 1257).

When I arrived, I found two things that I did not like. First that in some spots it smelled like cat pee. Second that there are horses (old and decorated like in a circus) which take you around the main square. I am against animals' explotation and to see those horses made me sad.

Here are some reminders/tips I happened to find at H. Hostel, believe it or not. 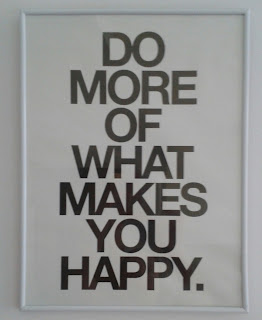 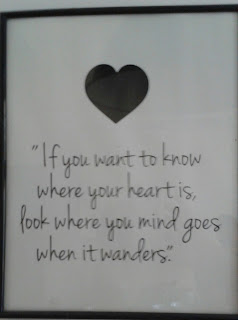 One day I was lucky to find a a Violin player and and interpreting "Por una cabeza" de Gardel (Argentinian composer and singer).

Now a district of Krakow, before, a separate city; Kasimierz is home to Christian and Jewish culture. There are significant monuments of Judaism, all within a bustling artistic and social area. There are numerous antiques, thrift shops, flee and art markets. While I was walking around,  I couldn't help but notice one special shopping window... There were many old tea-tins (like the ones I used to collect when I was a teen or so).
Suddenly I spotted sepia pictures,  postcards and a lot of things I tend to get trapped by. Then, I looked inside the shop and I saw this old and fragile woman with white hair but great skin. This is weird but I felt that that woman was like a possible version of ME in maybe what I would say "Borges' labyrinth". I was shocked and speechless (also because of language barrier). This lady was just trying to make me buy some old jewelry. I just smiled at her and left "her world".

Salt mine (Wieliczka)
I have toured deep underground in Wieliczka Salt Mine. I have to say it is a unique experience. It is a MUST when  visiting Krakow. In my case I did it in a day when it reached 35 degrees. Down there was between 14_16 degrees and it lasted  2. 30 hours. 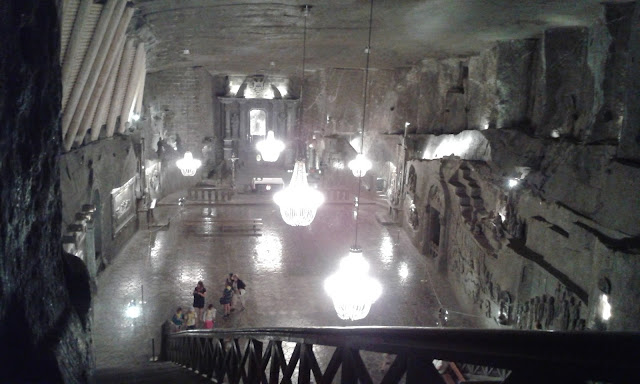 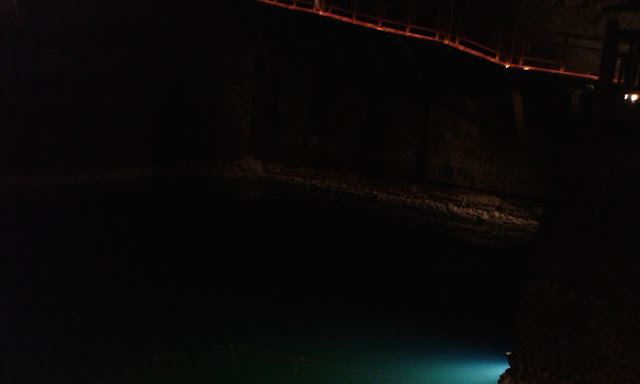 In one part of the Wieliczka Salt Mine guided tour we visited one of the brine lakes. It was dark at first, then, there was a trick with the lights and they played a piece of Chopin, acknowledging his work and honoring “the old times” of the mine… It made me tearful. 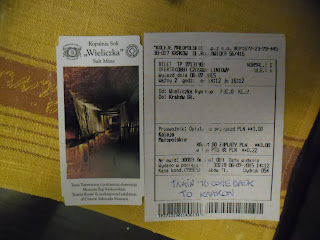 I went up by taking a dark and tiny metal elevator locked from outside, along with 7 or 8 other people. That was a bit scary. Thanks God it only lasted less than a minute. 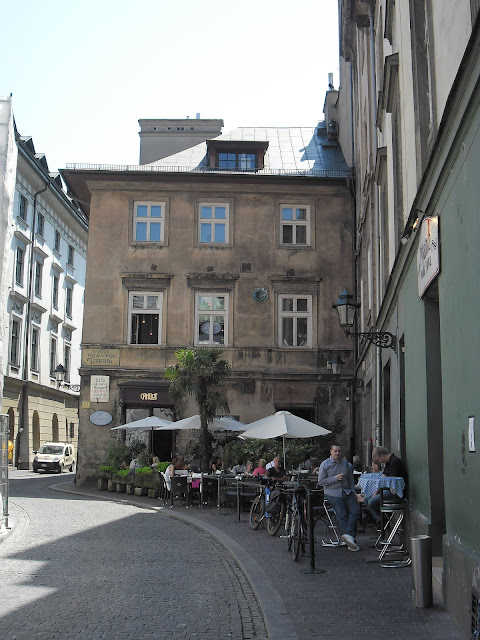 Krakow has one of the highest concentrations  of bars and clubs in Europe.  People
from all over Europe come to party (sorry, not me). 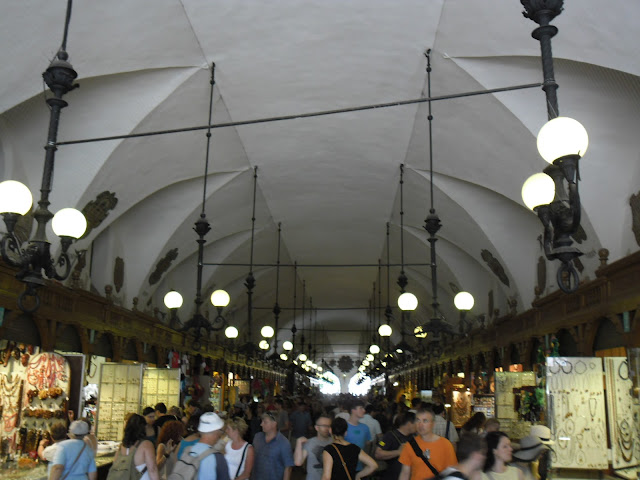 All what happened to me during my stay in Warsaw and Lublin apparently had to do with the fact that I was in Poland B, and when I arrived in Krakow, I was then in Poland A. It is a division people don't like to talk about. The next President  of Poland (recently elected) is from Poland B (Lublin area) and Polish citizens are worried about what will happen when he comes into power. 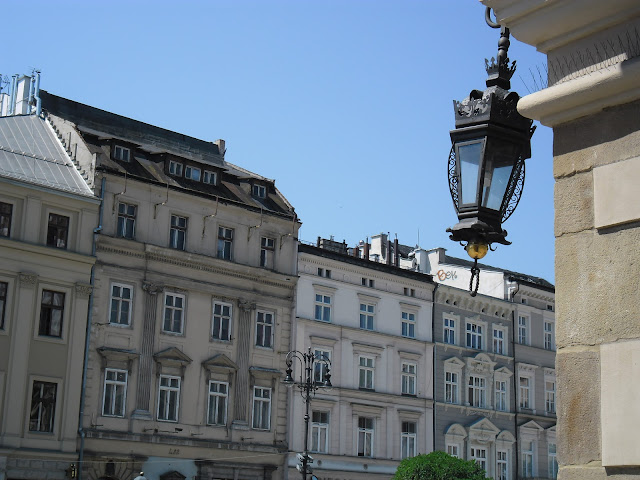 Krakow is a pounding heart. There is something special about this city. In a way it feels like to be living in the 90' s still. Things and I guess people here have a different rhythm. Polish people are relaxed, they take it slowly. I have not seen yet people rushing in any circumstance. They look a bit serious but when you talk to them they are super nice.


I read this sentence just before leaving Krakow: "Time hasn't changed one thing the magic of this city".