The piece titled Butcher Boys made by artist Jane Alexander is said to be the most popular contemporary piece in the South African National Art Gallery’s collection and consists of three life-size sculptures of distorted men. The piece was completed as part of Alexander’s Masters Degree in Fine Arts at Wits in 1988.
The three, quite muscular life-sized casts of almost naked men with strange penis sheaths looking thoughtful and serious (who are also vulgar, strange beast creatures with horns) are fascinating. Through them, the artist seems to reveal, on the outside, the concurrent human potential for refinement and bestiality. 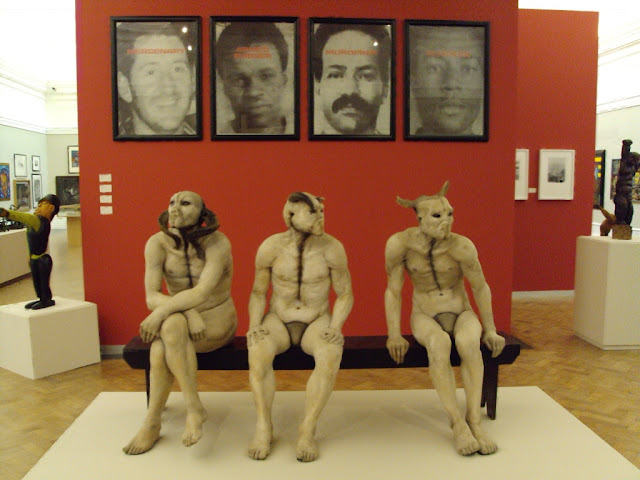 When it comes to talking about the meaning of her work, the artist herself is often described both as one of the most highly regarded artists in South Africa. She prefers her work to speak for itself. She says: “my themes are drawn from the relationship of individuals to hierarchies and the presence of aggression, violence, victimization, power and subservience.”
Adapted from http://www.blog.standardbank.com/arts/2011/01/jane-alexanders-work-both-subtle-and-bold-attractive-and-ugly